2013 was a good year for movie adaptation of books. We had The Wolf of Wall Street, The Great Gatsby, Hunger Games – Catching Fire, The Hobbit – Desolation of Smaug, and The Secret Life of Walter Mitty (although it is not a book adaptation, it is a based on a short story, I am taking the liberty of adding it here). There were some disappointments too – most notable being Ender’s Game (what a great book and what a mediocre movie).

The trend continues in 2014, we have some really good literary adaptations in the pipeline.

Here is my list of the most anticipated “book-movies” in 2014:

[My review of Gone Girl]

Which “Book-movie” are you looking forward to in 2014?

Here are the awesome movies of 2013 – high on both critical acclaim and commercial success: 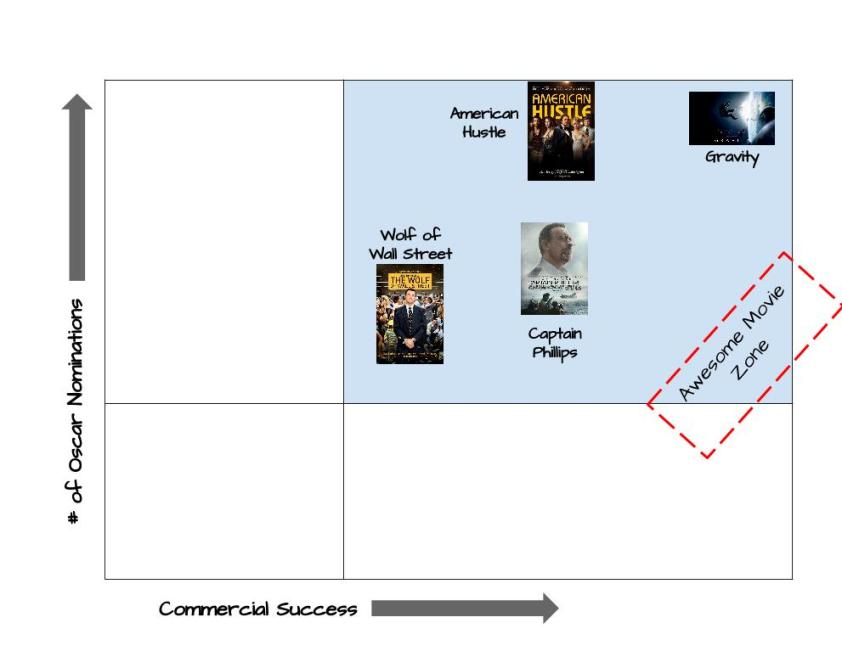 Go watch them, if you still haven’t.

Some of my best and most memorable cinematic experiences in life involve movies based on novels/books. Be it the Lord of the Rings series, the Harry Potter series, Life of Pi, Pursuit of Happyness, Hunger Games, A beautiful Mind, and above all The Godfather – the list of such awesome movies is endless. There are few things in life which can match the joy one gets by seeing one’s favorite novel adapted into a good movie.  It is always exciting to compare the way you visually imagined the book with the way the director of the movie has done, put faces to the characters, see which portions of the book were dropped and what new elements (sub-plots, characters) were added. Watching Ang Lee’s Life of Pi was one of the happiest things I did last year.

The Movie and the Book

Unfortunately  Bollywood, the Hindi film industry, has shown great reluctance in adapting literature, especially Indian literature. This has always surprised me, given the richness of India literature. There are so many great Indian novels which can be made into awesome movies. However, I can count good Hindi movies based on Indian novels on my fingers tips. Notable few are: Dev Anand’s Guide based on the novel of the same name by R. K. Narayan; Dev Benegal’s English August based on the novel English August: An Indian Story by Upamanyu Chatterjee; Devdas, Parinita, Swami and Choti Bahu based on various novels by Sarat Chandra Chattopadhyay; Shatranj ke khiladai based on a novel of the same name by Munshi Premchandra; and Train to Pakistan based on the novel by Khuswant Singh. (As per Wikipedia there are seventy such movies, including regional language movies – see complete list here)

Well, seems that the trend is changing. These days there is a lot of buzz in Bollywood around adapting Indian fiction to movies. We have Karan Johar planning to make a movie (probably a series) on Amish’s Shiva Trilogy. Another upcoming movie: “Banaras 1918 A love story” is based on Munshi Premchand’s “Baazar-e-Husn/Seva Sadan”. BA Pass (see trailer here) is based on the short story The Railway Aunty by Mohan Sikka (part of the Delhi Noir collection). A couple of Chetan Bhagat’s books have been/are being made into movies (Kai Po Che, Chennai Express, Hello). There were strong talk about Anurag Kashyap making a movie based on the “Doga” the title character from the Doga series of comics by Raj Comics.

The result may be good, bad or even ugly, but it’s really heartening to see that Bollywood is finally waking up to Indian Literature and hopefully in the coming years, we will see many more of our favorite Indian novels on-screen. Looking forward.

Life of Pi is one of the novels which I always considered “un-film-able”. I mean most of it is just a boy and a tiger in a boat with limitless sea all around. As gripping and exciting the story is (I am currently reading it for the second time and enjoying every moment of it), I was never able to imagine a movie out of it.

Over the past couple of years, there were lot of rumors around a film based on this novel, various directors (M. Night Shyamalan, Alfonso Cuarón, and Jean-Pierre Jeunet) came on board and then dropped off. Each failed attempt strengthened my belief that Life of Pi is one of those great novels which will never be recreated on-screen. Yet some part of me always yearned for a movie adaptation.

When I saw this awesome trailer of the adaptation by Ang Lee, and I was overwhelmed. Slightly over two minutes, there isn’t a single dialog in the trailer, yet it conveys so much.

I think it takes a rare artistic arrogance to take up such a job. But then, this is how masterpieces are created.

This is one of my most awaited movies for 2012.

Life of Pi is a Man Booker price winning, international best-selling novel written by Yann Martel. The movie is directed by Ang Lee and releases on November 21, 2012. 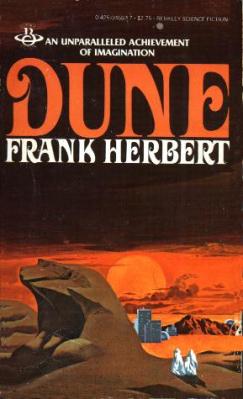 Just finished reading Dune. What an amazing book! Now I understand why it is called as “one of the greatest sc-fi novels of all times”  and an “Unparalleled Achievement of Imagination“. It was a start to end read, consuming the whole of my weekend.

The book got me interested in the movie adaptation. Upon searching, I came across David Lynch’s 1984 movie Dune. Opinions are divided about this movie. It is definitely not Lynch’s best work, with most loyal Dune fans having a negative opinion about it.  Even Lynch has sort of disowned the movie, and does not talk about it in interviews etc. It did not perform well commercially either.

I have seen portions of it on youtube and I must say that I was not impressed. Some very powerful portions of the novel are presented in quite unimpressive manner. For example, see this scene where Paul rides the sand worm for the first time. Such a waste of  a wonderful cinematic opportunity.

Also, probably the technology required to present the grand canvas of the movie was not available at that time.

In short, this one is not a worthy cinematic cousin of this great END_OF_DOCUMENT_TOKEN_TO_BE_REPLACED

Context: Rorschach says this to a bunch of baddies who are in prision with him, many of them being there because of him, and who are hell bent on revenge.

“You and I have some unfinished business…”

Context: To the victims, before revenge.

After God, the most powerful entity in the whole world is the Hero of a Hindi Movie. He can do anything. He is a genius.

In the movie 3 idiots, when the 2 lesser idiots meet the third and ultimate idiot after 10 years (or was it five), they realize that he has become a great scientist.