ManBooker 2016 shortlist has been announced today. The winner would be announced on 25th October 2016. Which means that I have a selection six of the best fiction books published this year on our reading list and around six weeks to read all of them, review them, and predict the winner (before the final prize is announced). Exciting six weeks ahead!!

Here is the shortlist –

PS: slightly disappointed not to see any Indian names in the list.

PS: It has been more than one and a half years since I wrote anything related to books/reading/literary stuff. I always know that I have been neglecting blogging, but, somehow, in my mind I never assumed that the gap is more than few months, a temporary phase and I will pick up again very soon. Also, I completely missed blogging about Manbooker 2015 (I wrote a lot about Manbooker 2014 and Manbooker 2013). What to say, life happened when I was busy making plans for this blog. Hopefully, would be more regular now.

“Most men live their lives vacillating between hope and fear,” he’d say. “Hope for heaven, on the one hand, fear of nothingness on the other. But now consider doubt. Do you see all the problems it solves, for man and for God?” – Excerpt from To Rise Again at a Decent Hour by Joshua Ferris

To Rise Again at a Decent Hour tells the story of Paul O’Rourke, a dentist in Manhattan. Paul is a man of contradictions – he is a passionate Red Sox fan – he hates the Yankees, records every Red Sox game on his VCR, he even have seven VCRs in backup for the fear that he will not be able to buy a new one when the current goes bad, eats the same meal before every match and even travels to New Jersey, checks into a hotel to watch the game outside city limits, if his team is nine or more games below the Yankees. And yet, one of his greatest disappointments in life is the 2004 Red Sox world series victory over the Yankees.

In spite of being a successful and well to do dentist, Paul is not happy with his life – he is missing purpose or meaning and is desperately lonely – he wants to find a “something” which can become “everything” for him.

Paul’s life turn upside down when someone starts impersonating him on internet/social media and starts writing about a group called ‘Ulms – follower of a religion based on doubting God’.

I must warn that this is not an easy to read book. There are heavy religious references, which makes it hard to follow and understand. There a long monologues, the narrative keeps jumping from one topic to another – basically this book requires (and deserves) absolute devotion in order to understand, appreciate and enjoy it. However, there are passages so beautifully written, so candidly exposing the hollowness of today’s world – there is one section where Paul is describing his inability to say Good Morning to his office staff, just a plain simple platonic good morning, but he is just unable to do that – absolutely brilliant! Overall this book, about the existential suffering of today’s world, is witty and intelligent, yet sad and thought provoking.

To Rise Again at a Decent Hour has been longlisted for the Man Booker prize 2014. This is Joshua Ferris’s his third novel, after the hugely successful and critically admired Then We Came to the End and admired and criticized in equal measures The Unnamed. He sometimes reminds me of Kurt Vonnegut.

PS: Bonus material – Joshua Ferris talks about the book (In a hangout organized by MashableReads) 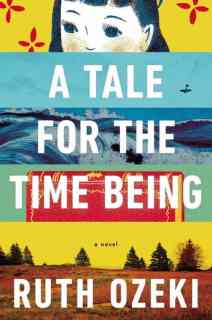 “Maybe,” he said, rubbing her forehead. “But don’t worry about it. You need to be a little bit crazy. Crazy is the price you pay for having an imagination. It’s your superpower. Tapping into the dream. It’s a good thing not a bad thing.” – Excerpt from A Tale for the Time Being by Ruth Ozeki

‘A Tale for the Time being’ has an innovative and non-linear structure. Nao, a Japanese teenage girl, has recently relocated from California to Tokyo after her software engineer father lost his job. Nao has decided to commit suicide and as a last meaningful activity, she decides to write a journal telling the story of her great grand mother Jiko, a Zen Buddhist Nun. However, this journal is as much about her and her family as about grandma Jiko. In fact, this journal seems to be an escape route for Nao, her way to deal with her problems – extreme bullying in school, family’s financial problems, and her father’s acute depression and resulting suicidal tendencies (the idea that suicide is a legitimate means of solving one’s problem is a recurring occurrence in this novel. This is probably due to the fact that Japanese Culture is much more tolerant towards suicide.)

Travelling across the pacific ocean, this journal reaches Ruth, a Canadian author of Japanese accent who lives with her husband and a pet cat (named Schrodinger) in a remote island. Recovering from the recent death of her mother due to Alzheimer’s, Ruth is struggling with writers’ block. Alternating between a chapter written by Nao and Ruth’s reaction to it, the story moves back and forth between the past and the present, Canada and Japan, Ruth and Nao – until it all converges.

I would categorize Nao as one of the most nuanced teenage characters ever written. From being bubbly and humorous, she will suddenly shift gears to something visceral and brutal. Like being hit suddenly by a hammer when you are laughing out loud. Ruth’s character on the other hand could have been better itched out. Other characters like Oliver, Ruth’s husband, Nao’s father and mother, etc. are deliberately underdeveloped, probably to keep the focus on Ruth and Nao and present their world as seen by them.

A Tale for the Time Being is an offbeat novel. It will require patience, careful attention and some amount of thinking and introspection to fully understand and appreciate this beautiful book.

Ruth is a Canadian/American novelist/filmmaker and her earlier works include the critically acclaimed “All over the Creation”.  ‘A Tale for the Time Being’ is one of the six books shortlisted for the Man Booker Prize 2013.

Bonus Material: Trailer of the book 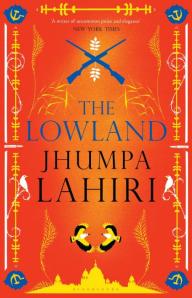 The Lowland By Jhumpa Lahiri

“Isolation offered its own form of companionship: the reliable silence of her rooms, the steadfast tranquility of the evenings. The promise that she would find things where she put them, that there would be no interruption, no surprise. It greeted her at the end of each day and lay still with her at night.” – Excerpt from The Lowland by Jhumpa Lahiri

The Lowland is the second novel by the famed Indian American author Jhumpa Lahiri. Her earlier works include Pulitzer Prize-winning short story collection Interpreter of Maladies and novel The Namesake (which was adapted to a motion picture directed by Mira Nair). The Lowland has been shortlisted for the Man Booker Prize 2013.

The Lowland is the story of brothers Subhash and Udayan. Born just 15 months apart, but having a dramatically different personalities – Subhash is pragmatic and realistic whereas Udayan idealistic and romantically besotted with the ideals of communism. Udayan gets drawn to the violent Naxalite movement whereas Subhash moves to the US for further studies. The story takes an unexpected turn when Uadyan is killed by the police for involvement in anti-government activities and Subhash marries his pregnant widow Gauri and takes her to the US. But it is difficult to escape the consequences of what Udayan had done, and which will define the lives of Subhash, Gauri, and their daughter Bela.

Similar to her earlier works, the characters here are burdened by sense of remorse which results in their emotional isolation. The highlight of the book is the emphatic portrayal of these characters, particularly of Gauri and Udayan. Some of Gauri’s actions seem to be cold-hearted and, at times, even cruel. However, Jhumpa never makes an overt attempt to justify these actions, gradually revealing information from the back stories and leaving it to the readers to make any judgement.

Similarly for Udayan, he seems like irresponsible and unemotional to his family, putting them into unnecessary danger and hardship. From a rational point of view, it is difficult to understand and reconcile with his behavior. Yet, not much space is spent explaining his point of view.

The complex relationship between Bela and Subhash is captured beautifully and forms some of the most emotionally satisfying parts of the book.

Overall, The Lowland is a beautifully written book. Highly recommended.